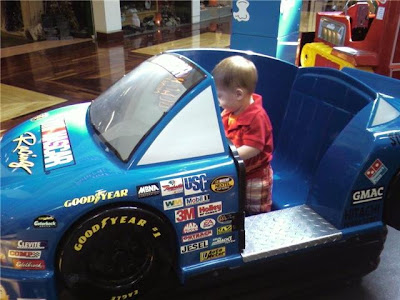 We had a girl party to the mall last week and poor Reed hated every minute of it, until we found the race car. He was in little boy heaven and it was almost impossible to get him out of it... Until I put quarters in to make it go. It scared him to death and even with me holding on to him to steady him, he still wanted out. That is he wanted out until the ride ended and then it was back to impossible to get him to want to leave.

Posted by Blueyedmle at 9:50 AM

Email ThisBlogThis!Share to TwitterShare to FacebookShare to Pinterest
Labels: Reed 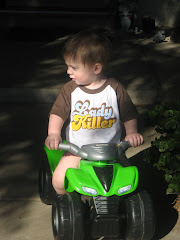 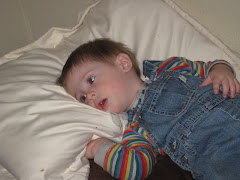 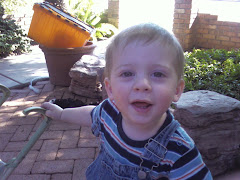 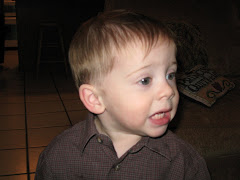 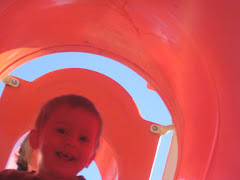